This part of the world, once part of the ancient Rockingham Forest, has a very remote feel about it – at times it is easy to image being one of the medieval hunters who frequented these parts, writes Nicholas Rudd-Jones

• Getting there: 5 miles west of Wansford along A47, then 3 miles south along minor road

1  Park at the Post Office in the centre of King’s Cliffe, head south past the church and then take the left fork past the watermill.

2  Turn left when you reach the track on the far side of Willow Brook, then shortly take a right (south east) that takes you all the way to Apethorpe.

3  Fifty metres or so before reaching the Apethorpe water tower, take a right (south) along a tarmacked (private) road until you approach Cheeseman’s Lodge, and the road takes a sharp turn to the right.

4 Leave the road taking a waymarked track left alongside a ditch, until you reach Southwick Woods and a brook.

5  Turn right (west) along the edge of the wood, with the brook on your left along a well-defined track. Take the first footpath on your right (north), running up alongside a narrow copse.

6  At the corner of Tomlin Wood, turn left along the track beside the wood. After about 400 metres leave the metalled track and turn right (north) alongside edge of wood.

7  On reaching the next metalled track, turn left and shortly pass to the right of the Spa Cottages on a path that leads straight back to Morehay Lane and the outskirts of King’s Cliffe.

8 Turn left (west) when you reach the lane, then take the footpath first right to cross Willow Brook; on reaching the track on the other side, follow the path east between walls – this will take you back to the church where you began. 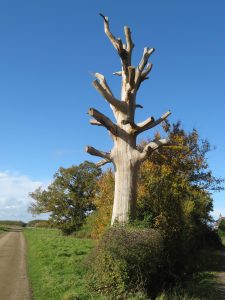 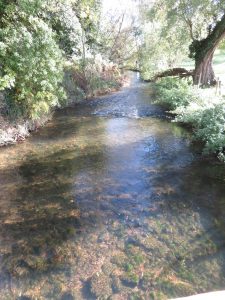 In Anglo-Saxon times King’s Cliffe was a royal manor and the centre of a royal estate, which, after the Conquest, formed the basis of Cliffe Bailiwick in Rockingham Forest.

A swanimote, a forest court with legal and administrative functions, was held here until about 1690. Although building work at the royal hunting lodge (to the south of the church but no longer in existence) is only recorded in the 13th and 14th centuries, it is known to have been used by kings from at least William II to Edward III.

Cheeseman’s Lodge is a fine house, thought to have been built in the mid-17th century as a park-keeper’s lodge.

In the 17th century Morehay Lawn was encompassed by a wall and contained its own lodge. It was regularly visited by both James I and Charles I for the hunting, when they stayed at nearby Apethorpe Hall, and it was also used for horse racing.

The Willow & Brook King’s Cliffe Road, Apethorpe PE8 5DG (01780 470509,  www.thewillowandbrook.co.uk) Suzanne and Jim, who took over last year, have brought this lovely building back to life with good food, a picturesque courtyard and great hospitality.

The Post Office 1 West Street, King’s Cliffe PE8 6XB. General store with lots of useful things, such as several pamphlets on local walks in the area, including a longer version of this one.

Pretty in pink at @anna.couture.boutique

The 3rd edition of The Little Book of Stamford boo

Delighted to say the February issue of our magazin

Our February 2023 issue is available to read onlin

@stamfordgardencentre is the perfect place for cof

Our January 23 issue is now available to read onli

No14 St Mary’s Hill… the perfect place for a b